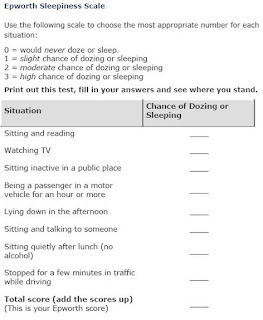 What killed Ranjan Das and Lessons for Corporate India
A month ago, many of us heard about the sad demise of Ranjan Das from Bandra, Mumbai. Ranjan, just 42 years of age, was the CEO of SAP-Indian Subcontinent, the youngest CEO of an MNC in India. He was very active in sports, was a fitness freak and a marathon runner. It was common to see him run on Bandra's Carter Road. Just after Diwali, on 21st Oct, he returned home from his gym after a workout, collapsed with a massive heart attack and died. He is survived by his wife and two very young kids.
It was certainly a wake-up call for corporate India. However, it was even more disastrous for runners amongst us. Since Ranjan was an avid marathoner (in Feb 09, he ran Chennai Marathon at the same time some of us were running Pondicherry Marathon 180 km away), the question came as to why an exceptionally active, athletic person succumb to heart attack at 42 years of age.
Was it the stress?
A couple of you called me asking about the reasons. While Ranjan had mentioned that he faced a lot of stress, that is a common element in most of our lives. We used to think that by being fit, one can conquer the bad effects of stress. So I doubted if the cause was stress.
The Real Reason
However, everyone missed out a small line in the reports that Ranjan used to make do with 4-5 hours of sleep. This is an earlier interview of Ranjan on NDTV in the program 'Boss' Day Out':
http://connect.in.com/ranjan-das/play-video-boss-day-out-ranjan-das-of-sap-india-229111-807ecfcf1ad966036c289b3ba6c376f2530d7484.html
Here he himself admits that he would love to get more sleep (and that he was not proud of his ability to manage without sleep, contrary to what others extolled).
The Evidence
Last week, I was working with a well-known cardiologist on the subject of 'Heart Disease caused by Lack of Sleep'. While I cannot share the video nor the slides because of confidentiality reasons, I have distilled the key points below in the hope it will save some of our lives.
Some Excerpts:
·        Short sleep duration (<5 or 5-6 hours) increased risk for high BP by 350% to 500% compared to those who slept longer than 6 hours per night. Paper published in 2009.
As you know, high BP kills.
·        Young people (25-49 years of age) are twice as likely to get high BP if they sleep less. Paper published in 2006.
·        Individuals who slept less than 5 hours a night had a 3-fold increased risk of heart attacks. Paper published in 1999.
·        Complete and partial lack of sleep increased the blood concentrations of High sensitivity C-Reactive Protein (hs-cRP), the strongest predictor of heart attacks. Even after getting adequate sleep later, the levels stayed high!!
·        Just one night of sleep loss increases very toxic substances in body such as Interleukin-6 (IL-6), Tumour Necrosis Factor-Alpha (TNF-alpha) and C-reactive protein (cRP). They increase risks of many medical conditions, including cancer, arthritis andheart disease. Paper published in 2004.
·        Sleeping for <=5 hours per night leads to 39% increase in heart disease. Sleeping for <=6 hours per night leads to 18% increase in heart disease. Paper published in 2006.
Ideal Sleep
For lack of space, I cannot explain here the ideal sleep architecture. But in brief, sleep is composed of two stages: REM (Rapid Eye Movement) and non-REM. The former helps in mental consolidation while the latter helps in physical repair and rebuilding. During the night, you alternate between REM and non-REM stages 4-5 times.
The earlier part of sleep is mostly non-REM. During that period, your pituitary gland releases growth hormones that repair your body. The latter part of sleep is more and more REM type.
For you to be mentally alert during the day, the latter part of sleep is more important. No wonder when you wake up with an alarm clock after 5-6 hours of sleep, you are mentally irritable throughout the day (lack of REM sleep). And if you have slept for less than 5 hours, your body is in a complete physical mess (lack of non-REM sleep), you are tired throughout the day, moving like a zombie and your immunity is way down (I've been there, done that L)
Finally, as long-distance runners, you need an hour of extra sleep to repair the running related damage.
If you want to know if you are getting adequate sleep, take Epworth Sleepiness Test below.

Interpretation: Score of 0-9 is considered normal while 10 and above abnormal. Many a times, I have clocked 21 out the maximum possible 24, the only saving grace being the last situation, since I don't like to drive (maybe, I should ask my driver to answer that lineJ)
In conclusion:

Barring stress control, Ranjan Das did everything right: eating proper food, exercising (marathoning!), maintaining proper weight. But he missed getting proper and adequate sleep, minimum 7 hours. In my opinion, that killed him.

If you are not getting enough sleep (7 hours), you are playing with fire, even if you have low stress.

I always took pride in my ability to work 50 hours at a stretch whenever the situation warranted. But I was so spooked after seeing the scientific evidence last week that since Saturday night, I ensure I do not even set the alarm clock under 7 hours. Now, that is a nice excuse to get some more sleep. J
Unfortunately, Ranjan Das is not alone when it comes to missing sleep. Many of us are doing exactly the same, perhaps out of ignorance. Please forward this mail to as many of your colleagues as possible, especially those who might be short-changing their sleep. If we can save even one young life because of this email, I would be the happiest person on earth.
| Ashwin Nagar | FCA and SAP-FICO\SEM-BCS |
Success is not permanent and failure is not final
Ph: India: +91-98330-15352  US: +1-323-325-4111
__._,_.___
Reply to sender | Reply to group
Messages in this topic (1)
Recent Activity:
Visit Your Group Start a New Topic
Hi! I have created an sms group for the benefit of members of IndianCAs. I will be sending regular updates, good quotes.If you wish to subscribe to this group, send following sms to 9870807070