The circumstances of a special nature, which have given rise to this extension of time, are as follows:

"Natural calamities in certain parts of the country."

Email ThisBlogThis!Share to TwitterShare to FacebookShare to Pinterest
Labels: ServiceTax 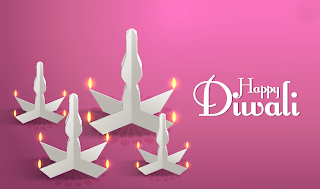 Alert on Re-oganisation of CBEC Officer

Although the reorganization of formations under CBEC will take effect from 15th October 2014, to avoid inconvenience to the existing Central Excise and Service Tax assessees, they will continue to be mapped in ACES to the existing location codes (Commissionerate, Division and Range). Applicants for new registration can also apply to the existing formations. After migration of the assessees to the new formations, information will be sent to the assessees via email informing them of their new locations. Facility will also be provided in ACES for assessees to ascertain their new location codes, on their own, without visiting the Range offices, through "know you location code" on ACES website and filling of the registration number.

The assessee, an Indian company, issued equity shares at the premium of Rs.8591 per share aggregating Rs.246.38 crores to its holding company. Though the transaction was reported as an "international transaction" in Form 3 CEB, the assessee claimed that the transfer pricing provisions did not apply as there was no income arising to it. The AO referred the issue to the TPO without dealing with the preliminary objection. The TPO held that he could not go into the issue whether income had arisen or not because his jurisdiction was limited to determine the ALP. He held that the assessee ought to have charged the NAV of the share (Rs. 53,775) and that the difference between the NAV and the issue price was a deemed loan from the assessee to the holding company for which the assessee ought to have received 13.5% interest. He accordingly computed the adjustment for the shares premium at Rs. 1308 crore and the interest thereon at Rs. 88 crore. The AO passed a draft assessment order u/s 144C(1) in which he held that he was bound u/s 92-CA(4) with the TPO's determination and could not consider the contention whether the transfer pricing provisions applied. The assessee filed a Writ Petition challenging the jurisdiction of the TPO/AO to make the adjustment. The High Court directed the DRP to decide the assessee's objection regarding chargeability of alleged shortfall in share premium as a preliminary issue. Upon the DRP's decision, the assessee filed another Writ Petition. HELD by the High Court allowing the Petition:

(1) A plain reading of Section 92(1) of the Act very clearly brings out that income arising from a International Transaction is a condition precedent for application of Chapter X of the Act.

(2) The word income for the purpose of the Act has a well understood meaning as defined in s. 2(24) of the Act. The amounts received on issue of share capital including the premium is undoubtedly on capital account. Share premium have been made taxable by a legal fiction u/s 56(2)(viib) of the Act and the same is enumerated as Income in s. 2(24)(xvi) of the Act. However, what is bought into the ambit of income is the premium received from a resident in excess of the fair market value of the shares. In this case what is being sought to be taxed is capital not received from a non-resident i.e. premium allegedly not received on application of ALP. Therefore, absent express legislation, no amount received, accrued or arising on capital account transaction can be subjected to tax as Income (Cadell Weaving Mill Co. vs. CIT 249 ITR 265 approved in CIT vs. D.P. Sandu Bros 273 ITR 1 followed);

(3) In case of taxing statutes, in the absence of the provision by itself being susceptible to two or more meanings, it is not permissible to forgo the strict rules of interpretation while construing it. It was not open to the DRP to seek aid of the supposed intent of the Legislature to give a wider meaning to the word 'Income';

(4) The other basis in the impugned order, namely that as a consequence of under valuation of shares, there is an impact on potential income and that if the ALP were received, the Petitioner would be able to invest the same and earn income, proceeds on a mere surmise/assumption. This cannot be the basis of taxation. In any case, the entire exercise of charging to tax the amounts allegedly not received as share premium fails, as no tax is being charged on the amount received as share premium.

(6) The department's method of interpretation indeed is a unique way of reading a provision i.e. to omit words in the Section. This manner of reading a provision by ignoring/rejecting certain words without any finding that in the absence of so rejecting, the provision would become unworkable, is certainly not a permitted mode of interpretation. It would lead to burial of the settled legal position that a provision should be read as a whole, without rejecting and/or adding words thereto. This rejecting of words in a statute to achieve a predetermined objective is not permissible. This would amount to redrafting the legislation which is beyond/outside the jurisdiction of Courts.

(7) In tax jurisprudence, it is well settled that following four factors are essential ingredients to a taxing statute:- (a) subject of tax; (b) person liable to pay the tax; (c) rate at which tax is to be paid, and (d) measure or value on which the rate is to be applied. Thus, there is difference between a charge to tax and the measure of tax (a) & (d) above;

(8) The contention that in view of Chapter X of the Act, the notional income is to be brought to tax and real income will have no place is not acceptable because the entire exercise of determining the ALP is only to arrive at the real income earned i.e. the correct price of the transaction, shorn of the price arrived at between the parties on account of their relationship viz. AEs. In this case, the revenue seems to be confusing the measure to a charge and calling the measure a notional income. We find that there is absence of any charge in the Act to subject issue of shares at a premium to tax.

(9) W.e.f. 1 April 2013, the definition of income u/s 2(24)(xvi) includes within its scope the provisions of s. 56(2) (vii-b) of the Act. This indicates the intent of the Parliament to tax issue of shares to a resident, when the issue price is above its fair market value. In the instant case, the Revenue's case is that the issue price of equity share is below the fair market value of the shares issued to a non-resident. Thus Parliament has consciously not brought to tax amounts received from a non-resident for issue of shares, as it would discourage capital inflow from abroad.

(10) Consequently, the issue of shares at a premium by the Petitioner to its non resident holding company does not give rise to any income from an admitted International Transaction. Thus, no occasion to apply Chapter X of the Act can arise in such a case.

Email ThisBlogThis!Share to TwitterShare to FacebookShare to Pinterest
Labels: CaseLaws

Date for rectification in case of rejected Co-op Empanelment application

Date for rectification in case of rejected Co-op Empanelment application of Maharashtra is from 11.10.14 to 16.10.14.Circular coming soon.

Earlier, in Travelite (India) case [TS-310-HC-2014(DEL)-ST], Delhi HC struck down Rule 5A(2) of Service Tax Rules requiring production of records to audit party on demand and CBEC Circular dated January 1, 2008 pertaining to general audit, as ultra vires the Finance Act. It held that Parliament had clear intention to provide for only special audit u/s 72A of Finance Act on fulfilment of special circumstances, and it did not contemplate a general audit that "every assessee" may be subjected to "on demand".

However, now the CBEC has issued Circular clarifying on powers of Central Excise Officers to conduct audit. Clarifies that the above refereed Judgment does not deal with issue of audit in Central Excise and there is adequate statutory backing for conducting audit by Excise officers.

Therefore, Central Excise Officers to continue conduct of audit, as provided in statute.

Explanation.—For the purposes of this notification, "wholesale trading" means an international transaction or specified domestic transaction of trading in goods, which fulfils the following conditions, namely :—

The Hindu has made available a copy of the judgement of John Michael Cunha J. in the case of State vs. Selvi. J. Jayalalitha (pdf). The judgement exposes the intricate arrangements that were made to launder the huge amount of cash credits that were received by J. Jayalalitha (former Chief Minister of Tamil Nadu) from alleged corrupt means. The judgement also raises disturbing questions as to the role of the auditors of the front companies in seeking to camouflage the true nature of the transactions. A few passages from the judgement are noteworthy.

(i) As in s. 68 of the Income-tax Act, the onus is on the accused to explain the nature and source of the investment & cash credits because he has special knowledge about how a particular asset was acquired or an investment therein was made. Such proof includes proof of the identity of the person who according to the accused provided the source, capacity of such person to advance or spend the money, and lastly, the genuineness of the transaction. On facts, the accused have failed to offer any satisfactory explanation as to the enormous unexplained credits entered into their bank accounts. Whatever explanation offered by the accused by way of confirmatory letters are proved to be false and bogus. The identity of the persons who provided the source is not proved. The transactions which resulted in the cash credit is also not established (Kale Khan Mohammed Hanif (1963) 50 ITR 1 (SC) followed);

(ii) The auditors examined by the accused are found to be propped up to support the false defence set up by the accused. It is proved in evidence that the auditors examined by the accused did not handle their accounts during the check period and they were not conversant with the true facts. It is also proved in evidence that, the returns and the balance sheet and the profit and loss account were maneuvred solely with a view to offer an explanation to the huge unexplained credits entered in their respective bank accounts;

(iii) Mere declaration of property in the Income Tax returns does not amount to showing the same was acquired from the known source of income. The prosecution could show that, there was no real source of income with the assessees and the public servant is the real source. In the instant case, the prosecution has succeeded in proving beyond reasonable doubt that the only source for the acquisition of the large assets is A-1 (J. Jayalalitha) herself.

Extension of the due date of deposit of TDS

F.No. 385/10/2014-IT(B) Government of India Ministry of Finance Department of Revenue Central Board of Direct Taxes

Statistics: Viewers of this blog were