Scenarios Where Purushottam Khandelwal can win

Everyone was asking me right from day of polling that what are the chances of Ahmedabad getting two central council seats  OR three seats from Gujarat. And my answer was always a big No. Howsoever great one perform, whomsoever remains above the another Ahmedabad candidate is the ONLY one to win. The other bound to loose. He/she may position at as high as at 5th in the first preference vote counts raking, the moment Mumbai elimination starts the sliding begins and lead it to the elimination at the 12th place. The best a second Ahmedabad candidate can do is to eliminate at the end. The last elimination honour we are used to get for second candidate. 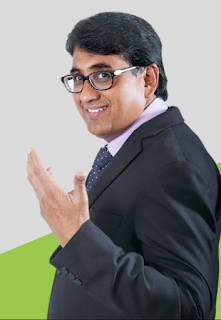 Look at Purushottam Khandelwal. It's exceptional performance by him. Who can think of a second Ahmedabad candidate getting 2650 votes. So kudos, great work and brilliantly done. It proves acceptability across the board, the connect with common member, that's all. You won the hearts, best wishes next time.

Here is the scenario where Purushottam can win and we can get two Ahmedabad seats
at December 22, 2018